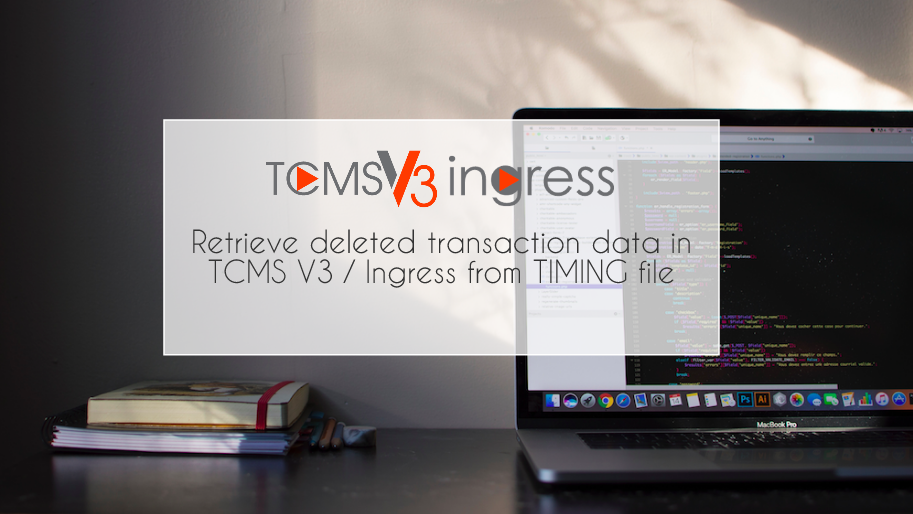 Introduction
There are a few reasons as to why you don’t want to keep your data inside the terminal. Maybe because of the memory or the lack of it or perhaps you want to do housekeeping to maintain the optimum performance of your terminal. However, there are times when you accidentally deleted the important data. Worry not, the data is backed up into a file named TIMING file that is kept inside TCMS V3 or Ingress.


Benefit
TIMING file is a backup file for each transaction that the user removed from a terminal after the downloading process. Below are the tips on how to access this file. 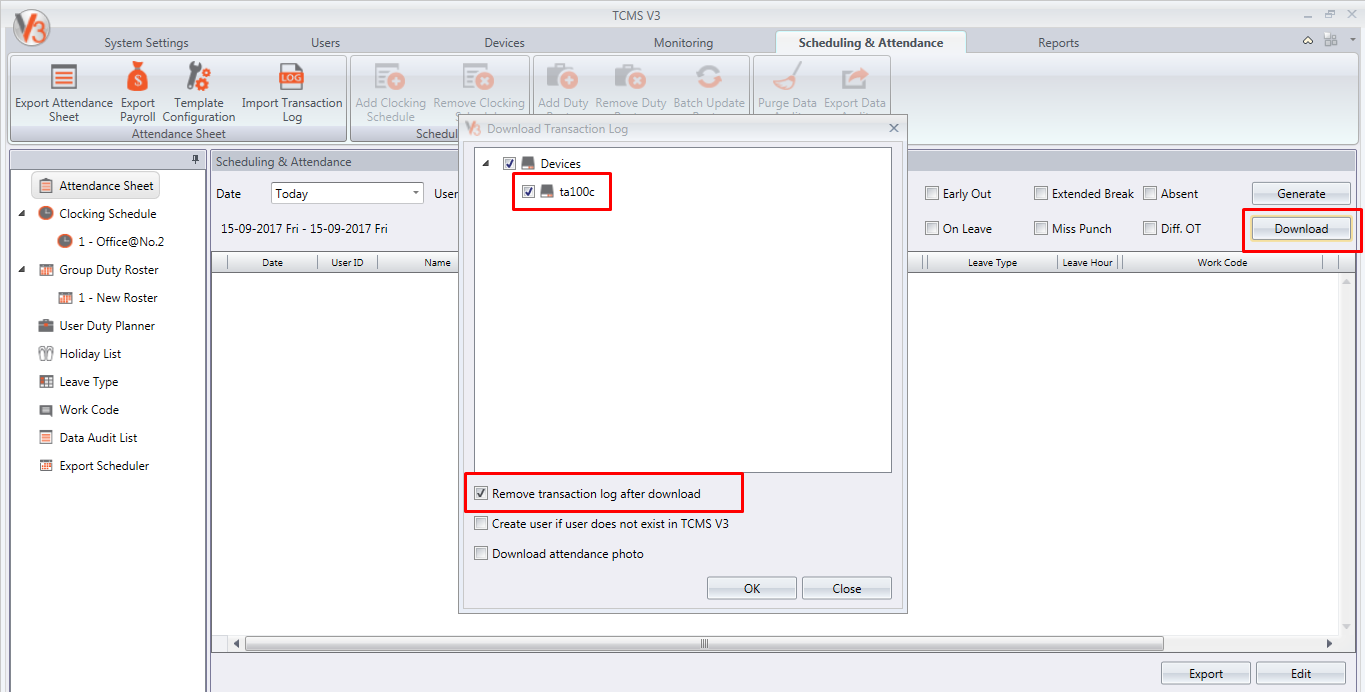 2.       The below message will be prompted after the transaction has been successfully downloaded into the software. 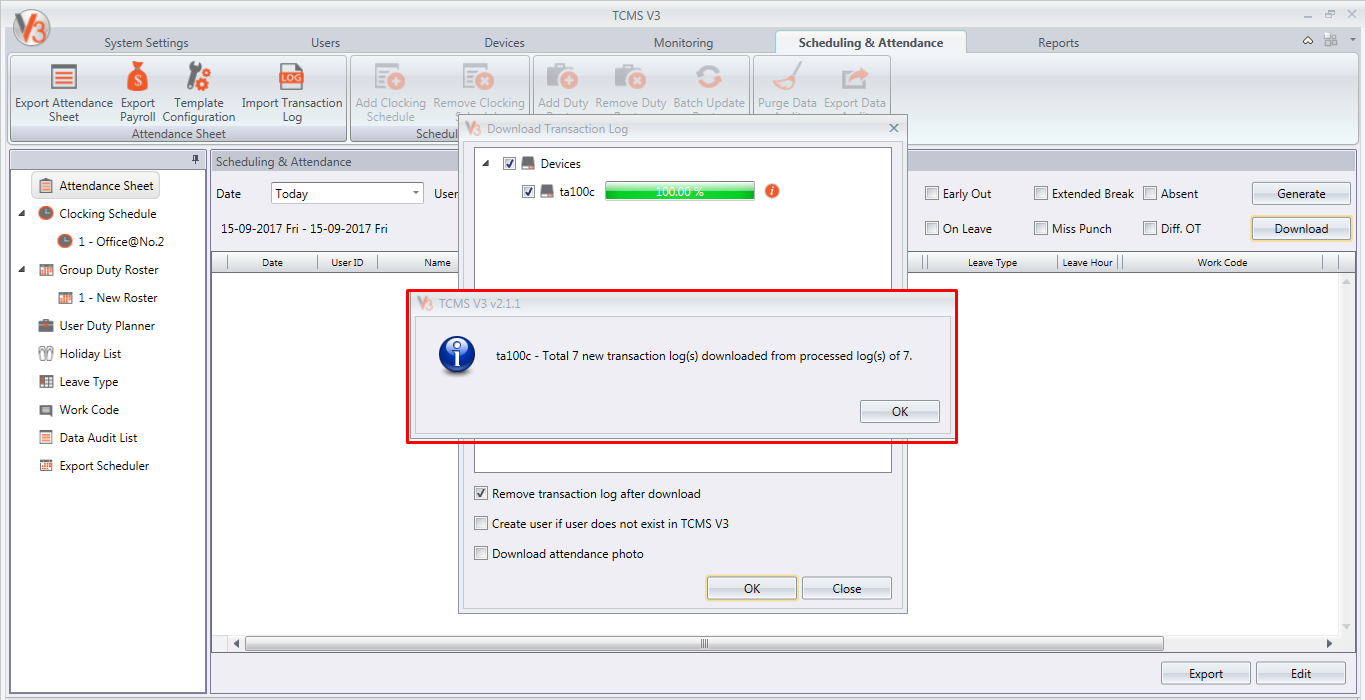 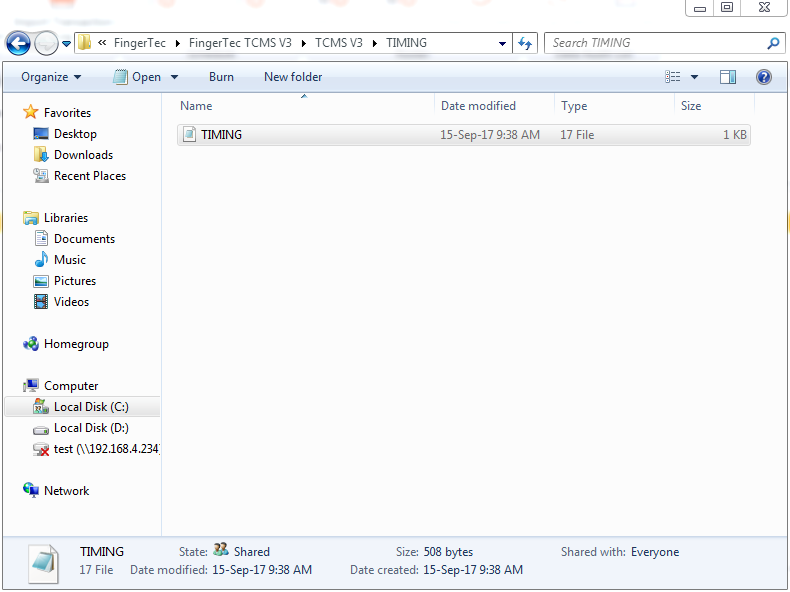 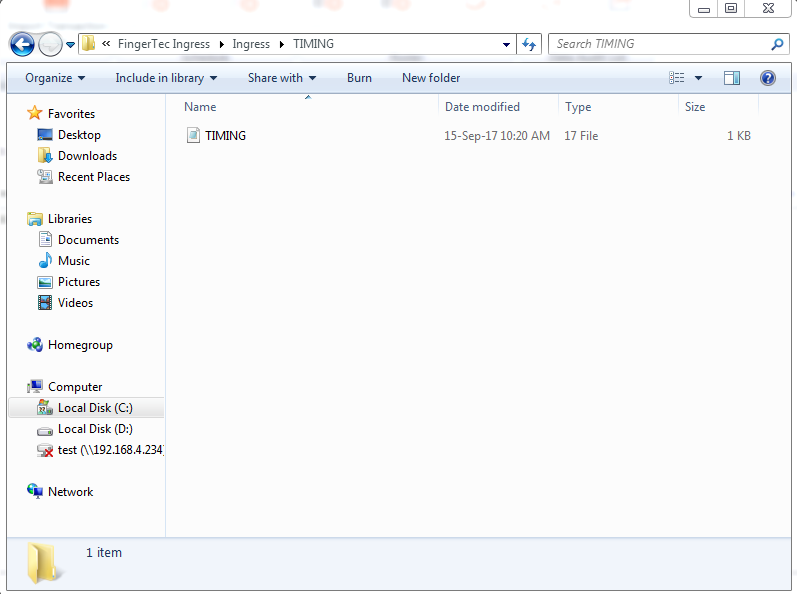 4.       To import transaction logs using the TIMING file, please go to Import Transaction Log and specify the TIMING folder path accordingly and select which TIMING file you wish to download. 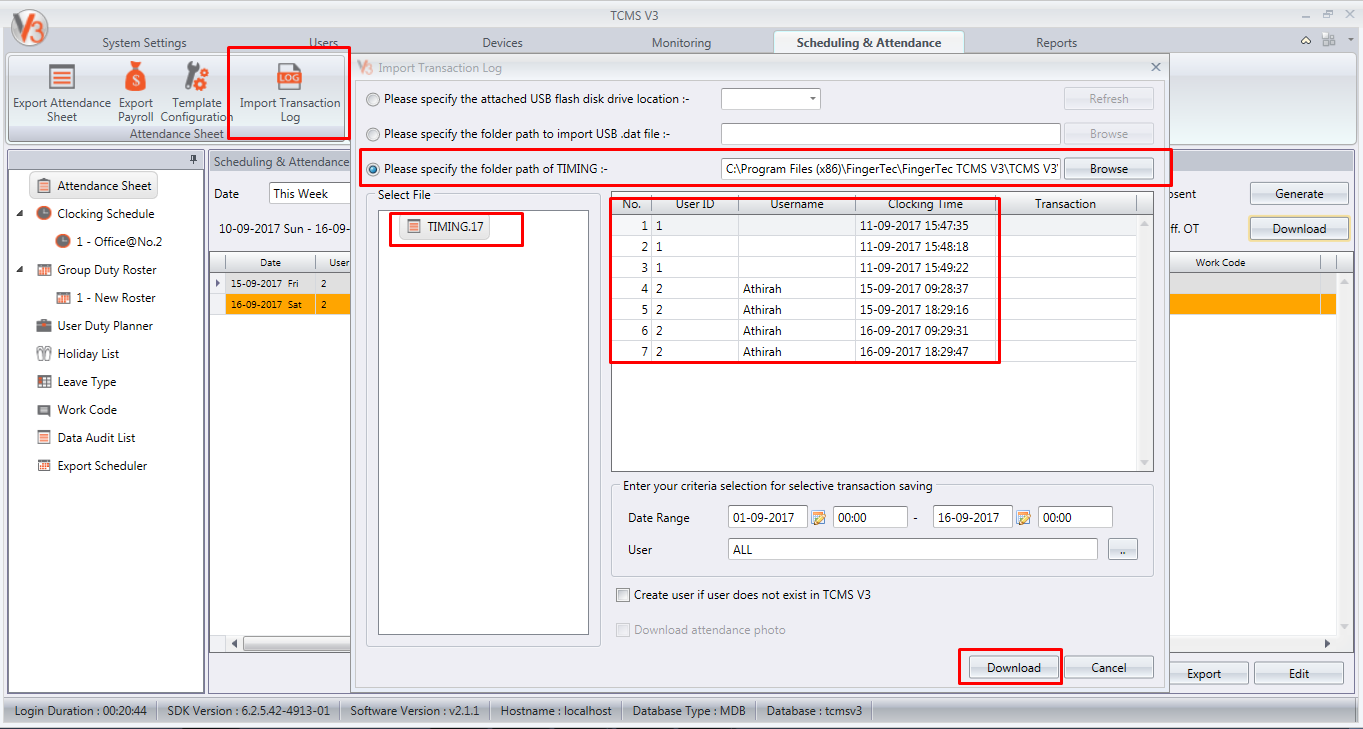 5.       You will then see that the data is downloaded and generated into an attendance sheet and your data now is available again. 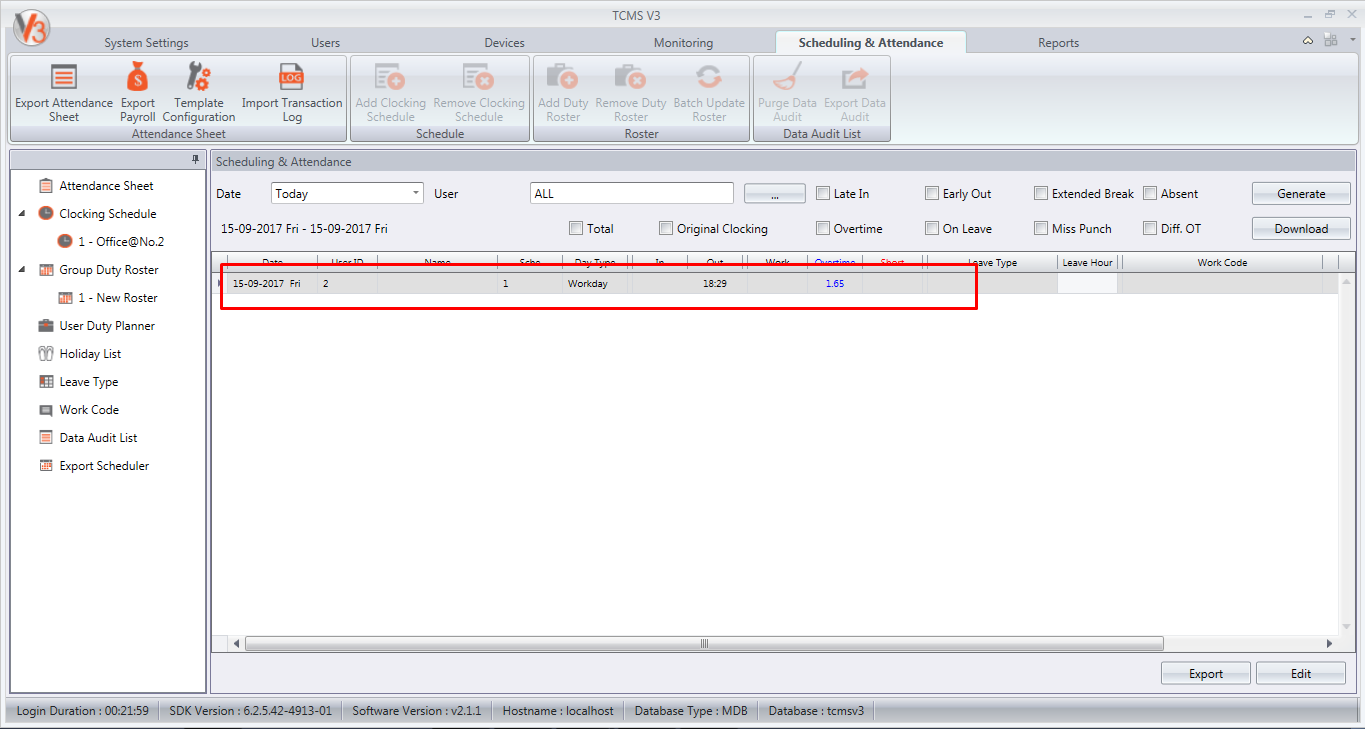