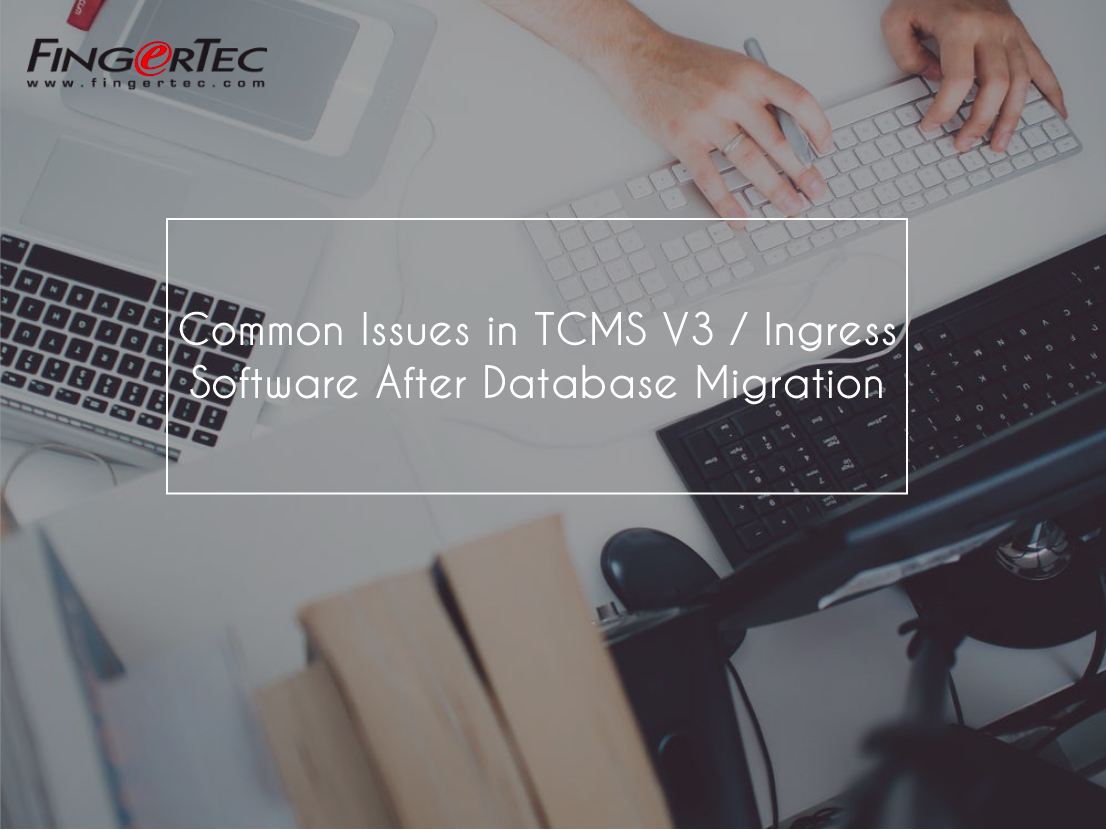 Introduction
Occasionally, users might be facing some issues while using TCMS V3 or Ingress software after
migrating the database from TCMS V2. Below are some examples of common issues that arise after
the migration process.
Issue 1: Failed or Invalid Device Activation
To prevent any activation issues, please do not use TCMS V2 product key when activating TCMS V3
or Ingress software. If your PC has an Internet connection, opt for Online Activation in order to
activate the device after the migration process.

However, if your PC do not have any Internet connection, you will need to carry out offline activation.
Go to this site http://user.fingertec.com/retrieve_key_user.php to retrieve the product key for your
device(s) and insert the product key manually to activate. 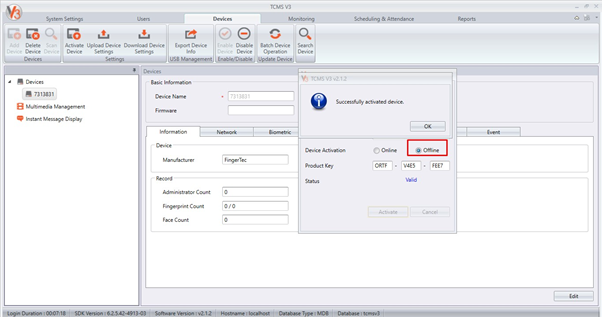 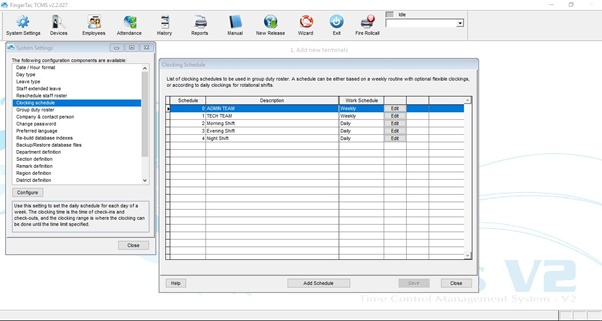 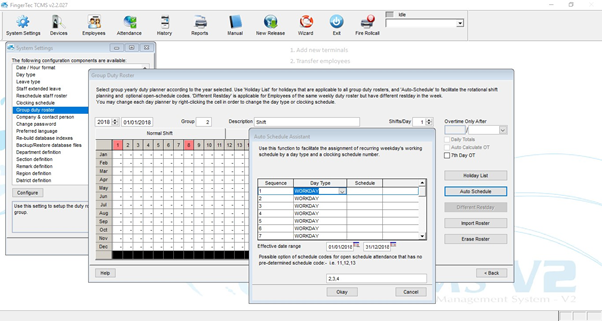 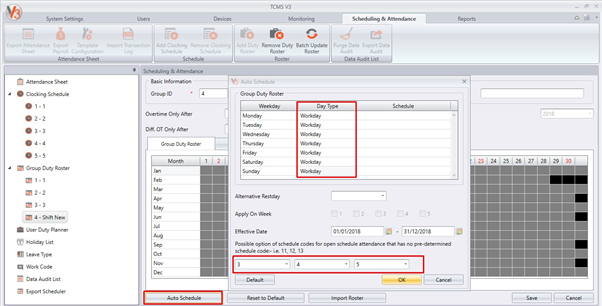