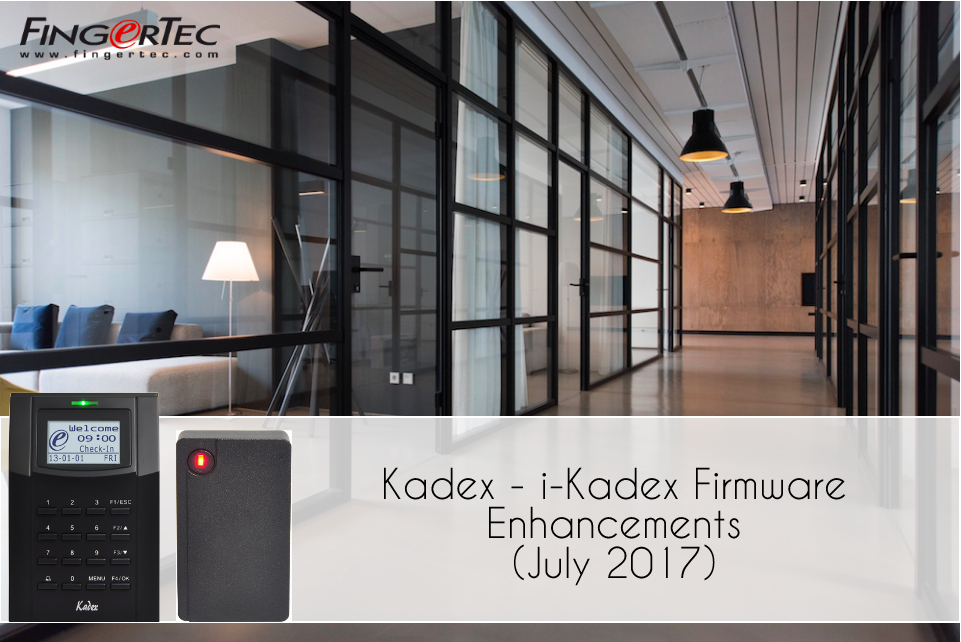 Introduction
FingerTec Kadex is an Access Control and Time Attendance smart card reader. This terminal allows password and card verification in both single and combination mode including Card only, Password only, Card/Password, and Card & Password verification styles. Furthermore, Kadex terminal can be used as an Entry and Exit terminal by pairing it to its compatible slave reader: i-Kadex. Please note that i-Kadex slave reader uses a Wiegand-out connection to master Kadex.

Fault & Fix
A) Fault:
Reportedly, on firmware build 3544-02, Ver 6.60 July 2014, paired Kadex and i-Kadex would malfunction while the user verification was selected as Card & Password. The error occurs whenever User A and User B performs card verification at Kadex (Entry Device) and on i-Kadex (Exit Reader) respectively, simultaneously. Following the error, the door would not be released and both user A and B will fail to access the supposed door. As a result, Kadex terminal faces a temporary “Hang” before returning to normal functional mode.

B) Fix:
With reference to the fault description, FingerTec hardware developers have released firmware build 3544-02, Ver 6.60 March 2017. This firmware changes the behavior of the terminal on a similar scenario, whereby User A verifies at the entry device (Kadex) while the concurrent verification of User B at the exit terminal (i-Kadex) will be rejected until the Card and Password entry of User A is completed.

*Please consult your reseller or direct your enquiry to support@fingertec.com before updating your device firmware.