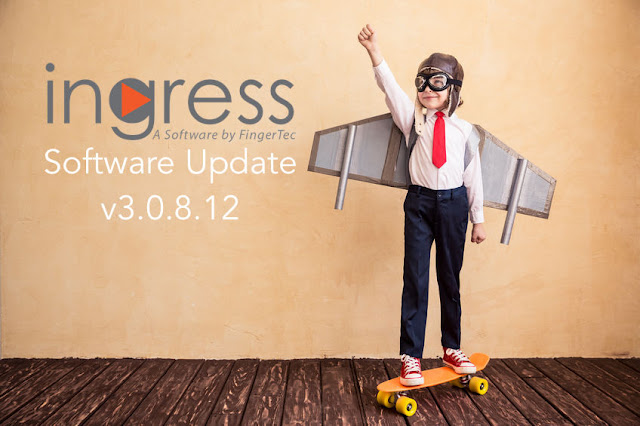 A new version of Ingress Software (v3.0.8.12) release is now available containing a total of 18 new features and 7 bug fixes. 2016 has been a roller coaster ride for many of us and we are hopeful that 2017 will offer us something better. Before we leave 2016 behind, we would take this opportunity to wish everybody a Merry Christmas and a Happy New Year!

1. Persian Language is Available!
Persian or Farsi is a language predominantly used in Iran, Tajikistan, Afghanistan, Uzbekistan and some parts of Iraq. And now Ingress is made available in Persian. If you want your language to be available in Ingress, let us know. Email at info@fingertec.com to request. 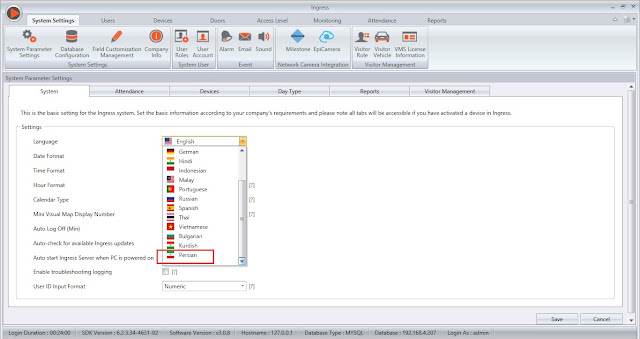 2. Elapsed Time for Backup / Restore Database
Waiting without knowing its duration or time range could be frustrating to some. Now Ingress displays elapsed time for backup or restore database so you’ll know the estimated time to complete the process. 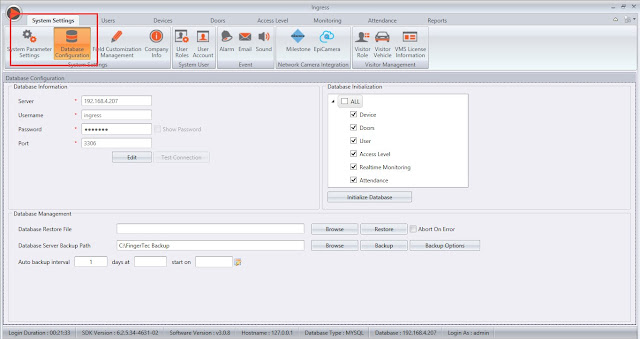 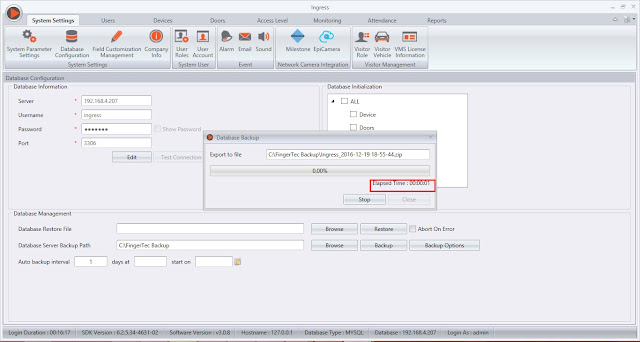 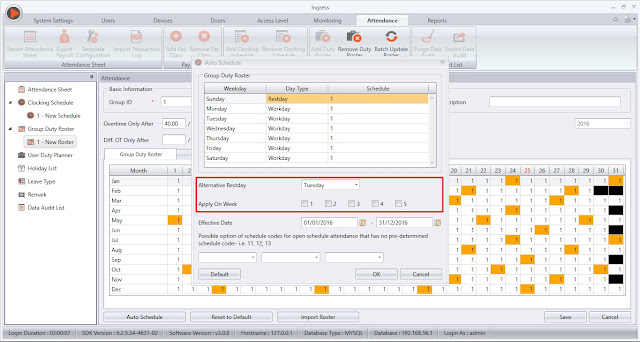 2. Edit Clocking Time in Clocking Schedule Configuration for Flexi Schedule
Previously, Flexi Clocking won’t accept time range definition because clocking times in flexi is supposed to be flexible, that a staff can clock at anytime he/she pleases. Based on the market feedback, some users want more control on the flexibility by applying a certain time range on flexi clocking schedule. For example, a staff is permitted to do flexi clocking between 9-5pm, and if the staff extends the clocking outside of the time range, the company will not accept the flexibility. Based on that requirement, clocking times can now be inserted in Flexi Clocking Schedule in the latest release of Ingress. However, it shouldn’t worry those who do not want to define times in Flexi Clocking Schedule; your way works too. 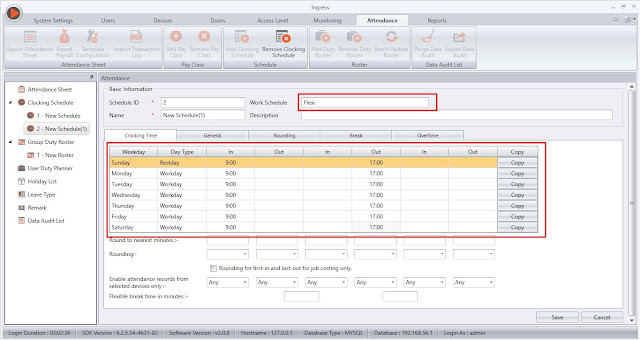 3. Revamp Import User From File on User Module
The layout of the Import User from File module has been improved where you can directly match more information from the USB File such as Email, Phone, Address, etc. 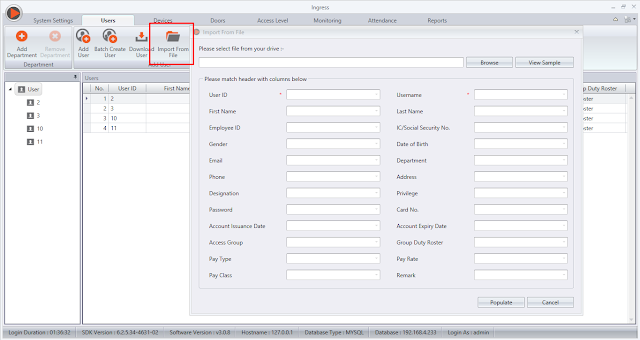 4. Revamp Database Backup Folder Selection UI
A newly-designed window will be prompted when selecting folder for database backup. This provides easier navigation on the folder path as compared to the previous Window. 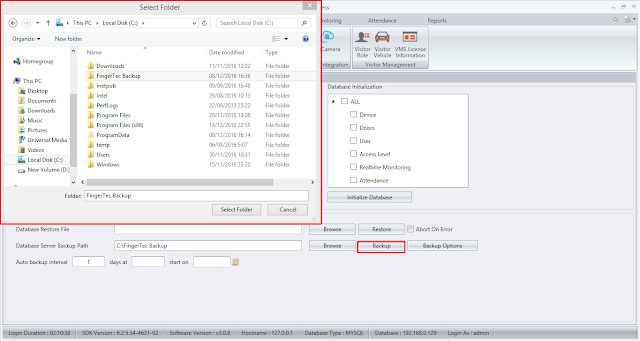 5. FingerTec Webster Migration Feature
The latest version of Ingress offers a new database migration option for Webster users. By logging in into Webster database server, users can migrate the database seamlessly into Ingress. 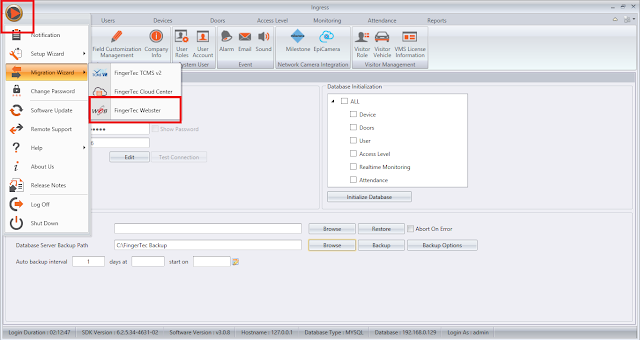 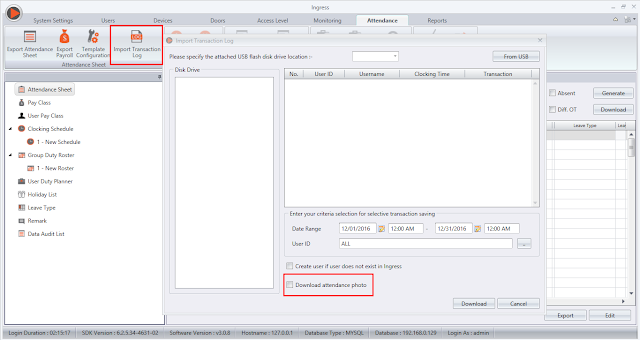 7. Import Remark/Workcode on Attendance Module
New Remark or Workcode can be imported into Ingress directly from the transactions downloaded into the Data Audit List. 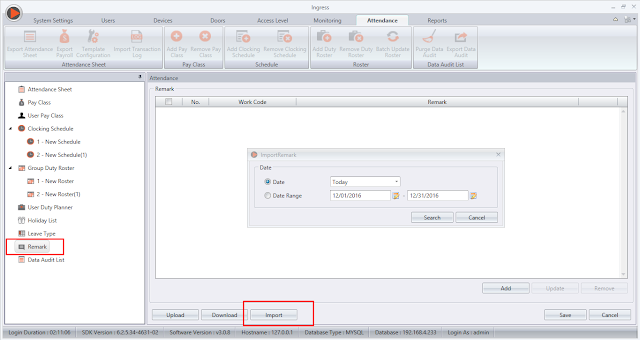 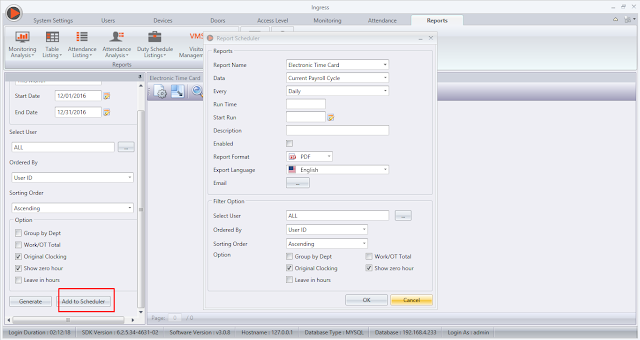 9. Enhancement on the Order of Device Assigned to Door
The add devices to door under Doors Module, you can now select devices from the pop up Window. The assigned device will be displayed below the list. 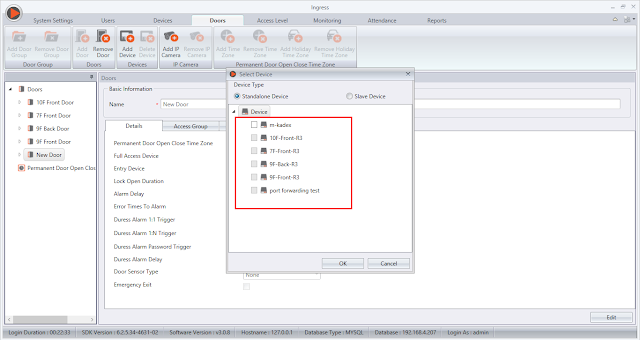 10. Enhancement on Add New Schedule in Attendance Module
There is now a ‘wizard’ to configure the clocking schedule in Attendance Module. By clicking ‘More’ at the bottom left corner when adding a new schedule, users can directly construct a complete clocking schedule with the settings on clocking time, rounding, break, and overtime, just by answering a few questions to  match your company’s attendance and clocking policy. 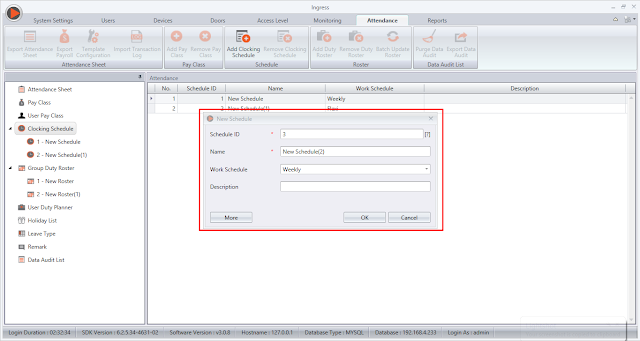 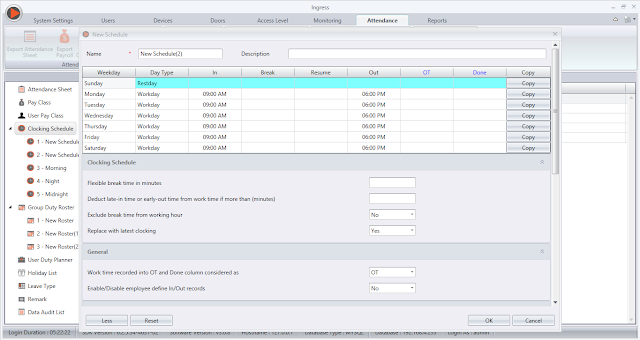 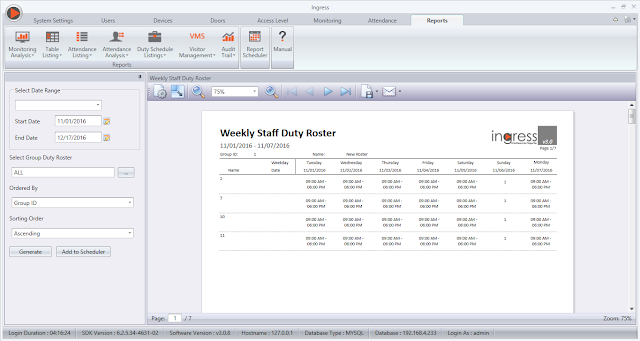 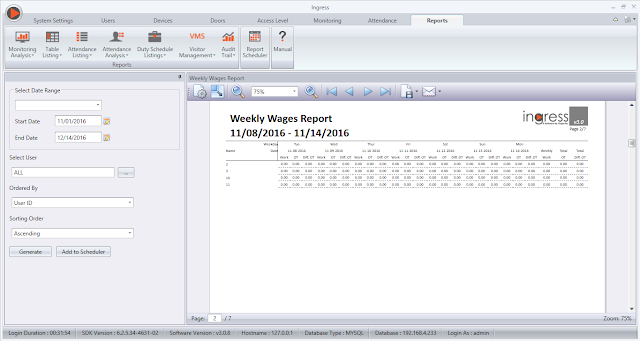 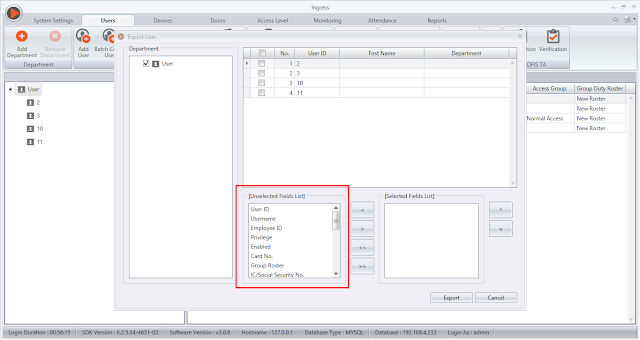 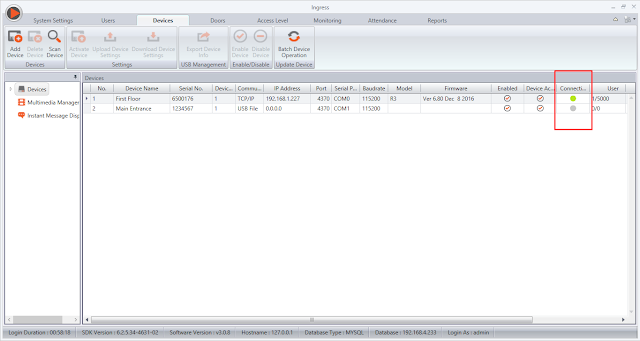 Other than fingerprint count, face template count is also available in the user overview in User Module. 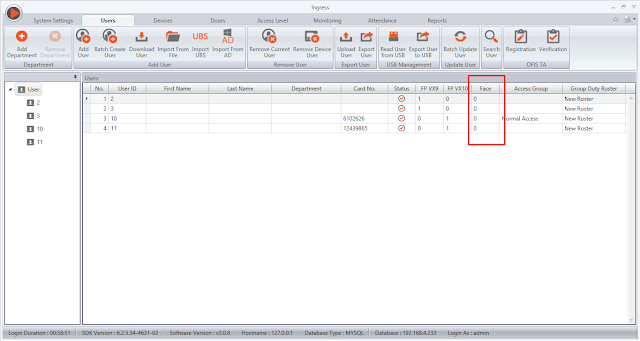 15. Display remark field on User Module
User could do Remark for employee which can be found under Event Tab in the User Module. 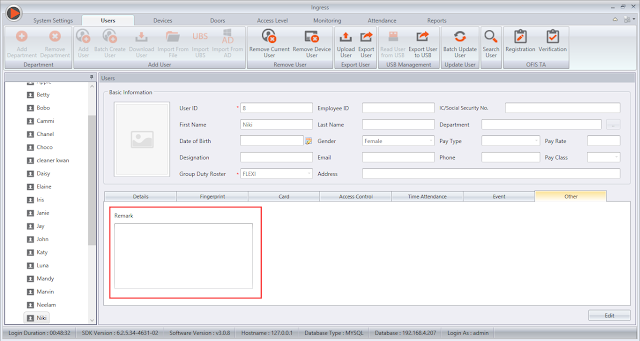