Good news for existing TCMS V2 users! The latest update to TCMS V2 is now available for download. With 11 brand-spanking new features and 30 bug fixes, FingerTec has definitely upped the ante for the powerful Time Control Management System. Among the new features included are additional support for FingerTec Face ID terminals for spectacle-wearing users, Remote Support & ePayroll compatibility for the Australian market, as well as SuperAdmin privileges for the American market. Read more to see the full list of features and fixtures, or click here to download TCMS V2.2.025 now!

3. Confirmation of teminal delete
The system will now prompt you to confirm before proceeding to delete a terminal.

4. Additional DOB details for employees
Users can now insert the Date of Birth under employees' information. 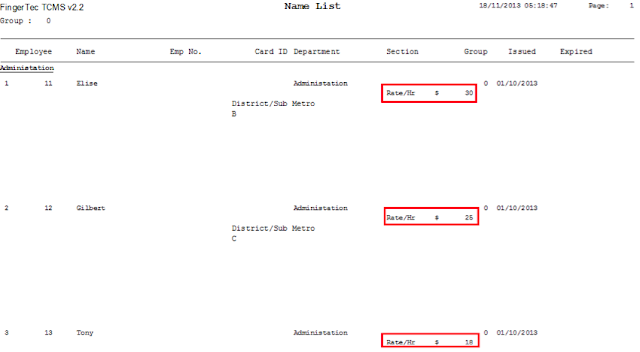 11. Print separate pages for On Leave Report per Individual Employees
By default, the system will combine all users under the same report.

If users need separate pages for each employee, they can tick on New page before previewing the On Leave Report. 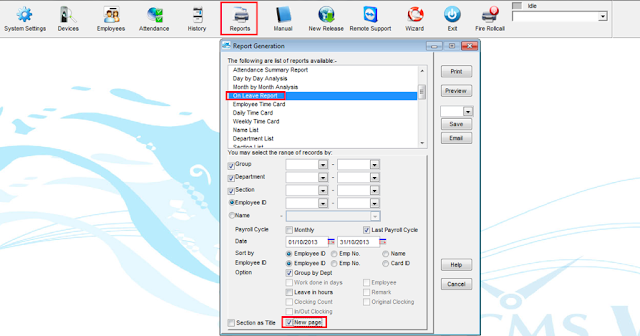 The user will then get one user ID in one page. Below is an example:

12. CSV format for reports saved
In the newest version, users can now save reports in CSV format.

1. Resolve Tardiness report issue with Absent
In previous versions, when users select Absent in Tardiness Report, the system will display the report title as Total OT and Absent.

With the latest update, the report title will only display Absent if users select only Absent before previewing Tardiness Report.

2. Resolve issue with printing Tardiness Report
In previous versions, you will get the error message bellow when previewing the tardiness report: 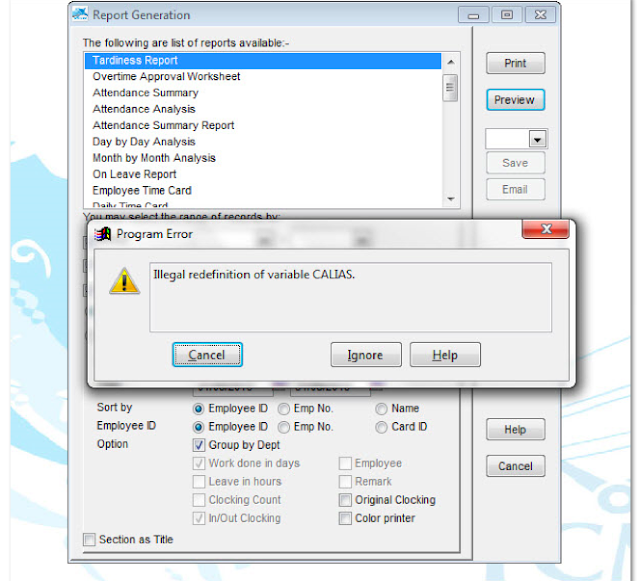 This program error is eliminated in the latest software update.

3. Resolve issue with uploading large user photo
When users upload a photo that is larger than 30 kilobytes, they will encounter the erroro message below. In the newest version of TCMS, the system will not show the error message anymore but instead indicate that the upload has failed with a cross (X) image in the grid. 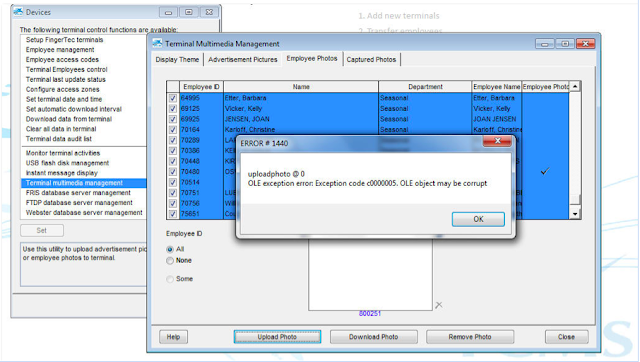 With the latest version, this will not happen anymore.

8. Resolve issues with Employee Time Card
In previous versions, the Employee Time Card report does not display the color red when selecting 'color printer' before previewing the report, and does not display lines after unchecking 'color printer' for employees with late in, early out, early break and late break records. This version fixes this issue.

10. Resolve issues with FTDP server download
In TCMS v2.2.024, when users synchronize terminals from the FTDP database server management, they are unable to download the clocking data from FTDP. This is because after getting the 'Process completed!' message, the connection appears as WEB instead of FTDP. 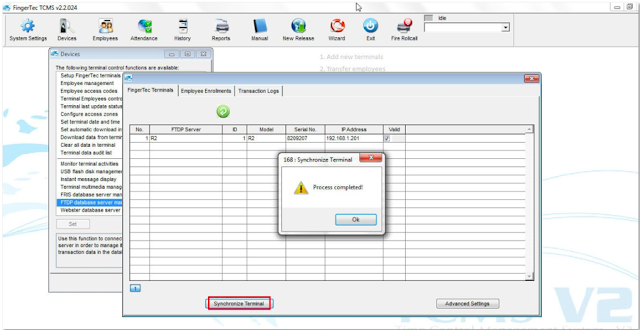 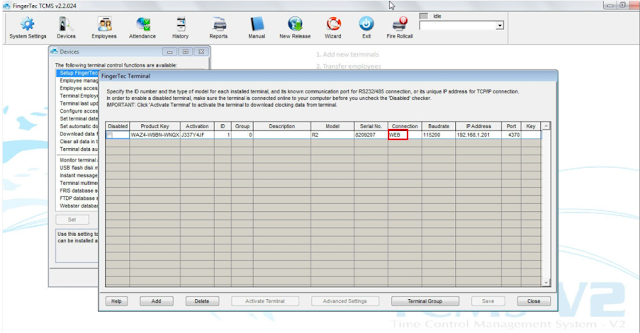 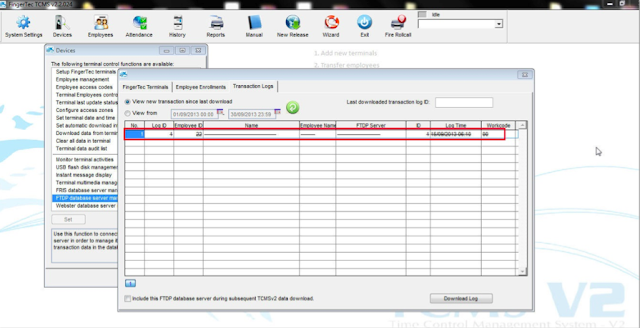 This version fixes this issue.

12. Enhance Read Clocking Data from USB attendance logs downloaded from remote terminals
Previously, clients will get the below error message when downloading data from a USB flash disk due to invalid time stamp log. Users need to click ignore 20 times in order to download and save the clocking data. This version fixes this issue. 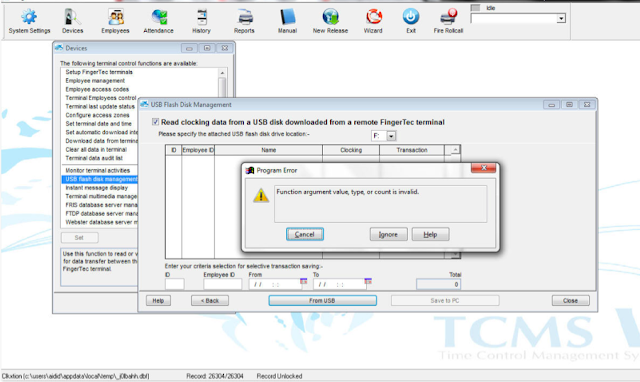 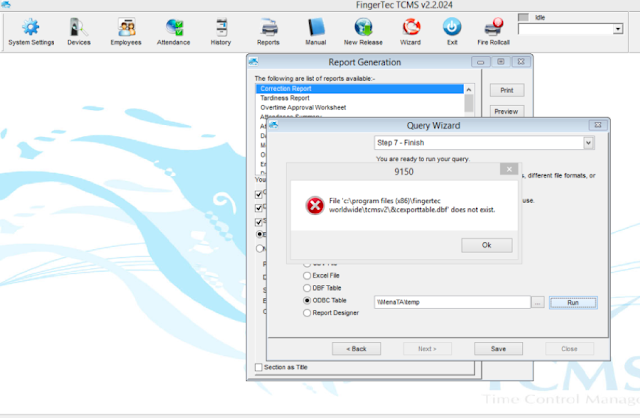 14. Support lock delay in second(s) for specific models
Previously, the system is only able to change the lock delay (x 20ms) in black and white terminals. With the newest update, users can now make changes to lock delay (in seconds) to color screen terminals.