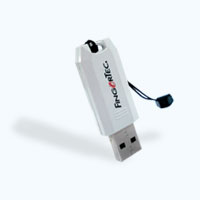 Most FingerTec terminals come with a USB flash disk port for data transfer via USB flash disk. The disk can be used to download and upload users, and download transaction logs. For installation without communication wiring, this feature is advantageous and it also can work in case of connection failure.

Recently I have received a few support requests from my customers stating that they are experiencing problems while transferring data using the USB flash disk. They have multiple terminals installed and they have successfully downloaded transaction logs into the USB flash disk. When they transfer the transaction logs into the TCMSv2 software, they received an error message. For this scenario, it is most likely that the terminals installed have not been assigned different Device ID.

The solution is to assign different Device IDs to the multiple terminals before downloading the transaction logs from the terminals. The Device ID assigned at the terminal must also be the same as the TCMSv2 software.