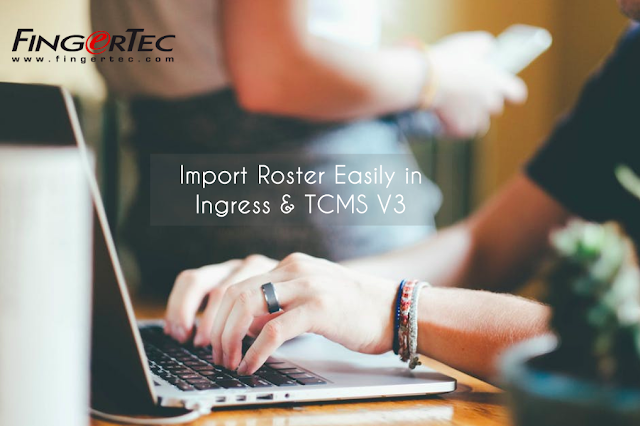 There are two ways to configure the roster:
1. Using Auto Schedule feature
2. Import Roster from File

While the first method has been widely used since the implementation of our Time Attendance software, this article will introduce the second method to configure Group Duty Roster in Ingress & TCMSV3.

Benefits
This feature offers an alternative method to easily configure Group Duty Roster by importing roster from a file into TCMS V3 or Ingress. 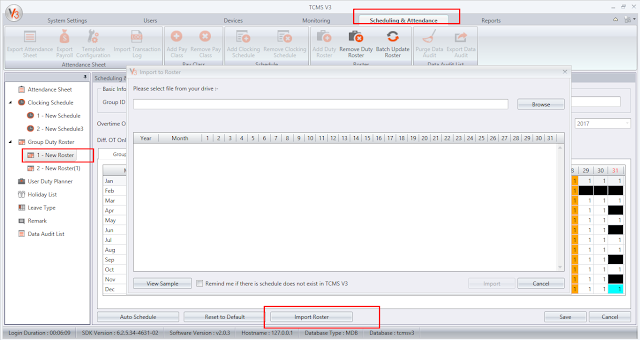 2. The formats supported are Excel File (.xls) and Text File (.txt). Refer to the sample files to configure the file layout. 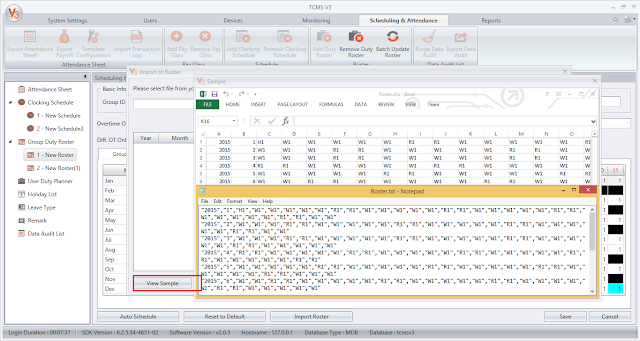 3. Click Browse to select your file. The roster will be displayed for you to confirm before Importing. 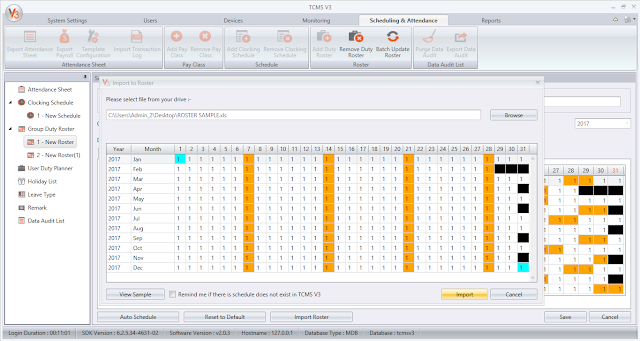 4. Click ‘Import’ to proceed and your new imported roster will reflect at the Group Duty Roster. 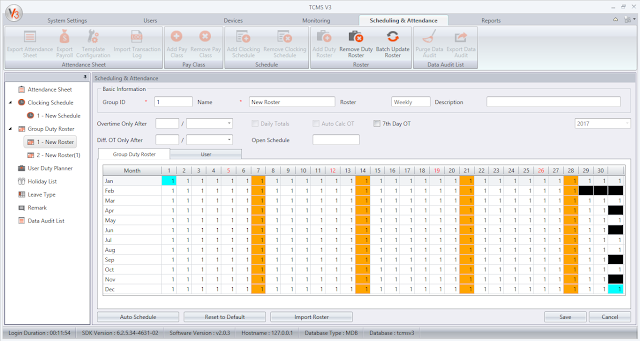 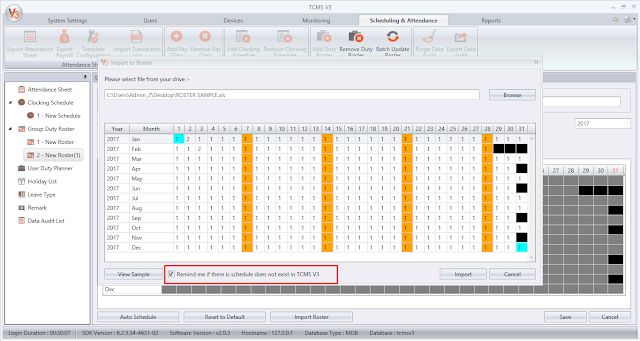