Ingress is FingerTec’s most recently developed software for access control. At the early beginning, it showcases a number of access control options which can be used with FingerTec access control models. During the release of Ingress v2.2.0.0, we have included many time attendance options into the software. It may be frequently compared to our TCMS v2 software, but between softwares, Ingress wins in terms of function.


You can find some of the highlights regarding to Ingress software at the paragraph below. We encourage current TCMS v2 users to shift to Ingress so that they can experience the benefits of this new software. In the future, for any new requests or customisation, it will only be exclusively included into Ingress software only. 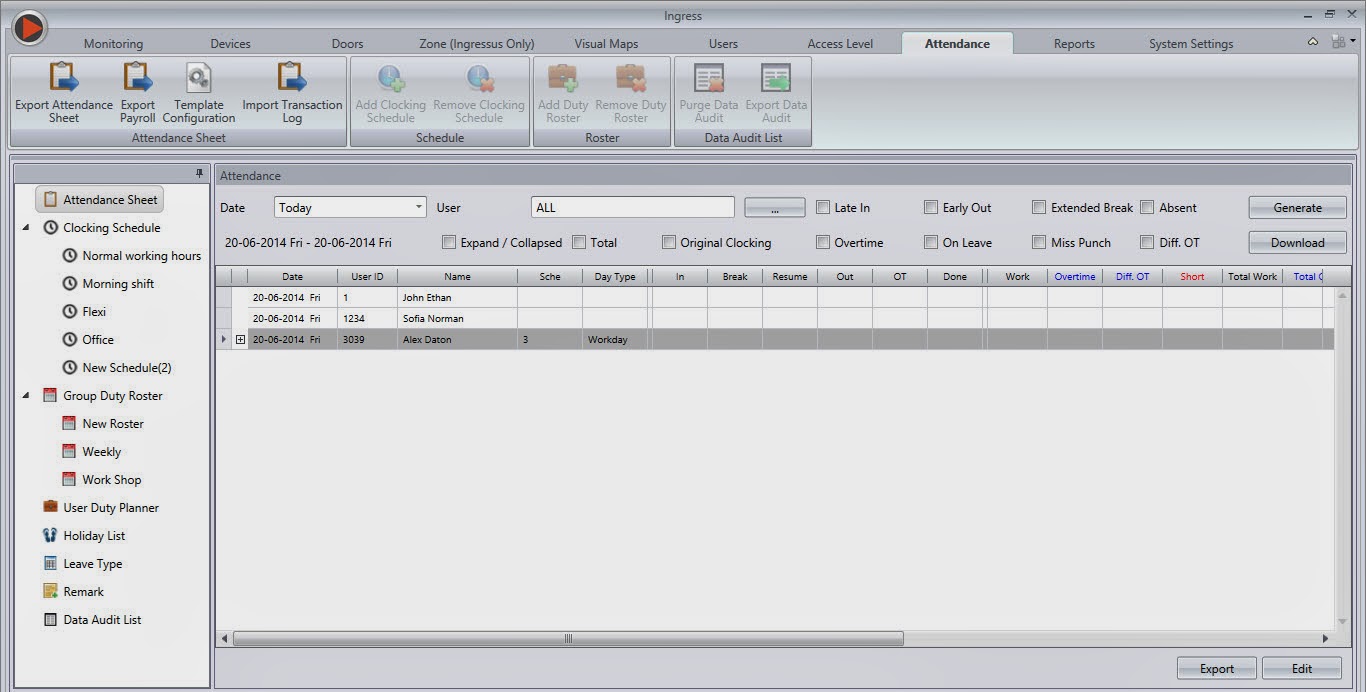 You will need to go into different pages to configure schedules, roster, leaves etc if you are using TCMS v2 software. Ingress software allows you to set all under same page. You can find the settings of clocking schedules, group duty roster, duty planner, holiday list, leave type, remark and data audit list in the panel bar. You can even view attendance records in the same window.


2.    The settings of Clocking Schedules and the options.


TCMS v2 carries many useful settings and options to process attendance calculations. It supports normal working time, overnight working, shifts, open schedule and even flexi working hours. In addition to that, we have also included a number of special requests from other countries into the software. This in turn have lead TCMS v2 to a faster growth beyond our expectations.
For Ingress software, we migrated all options and settings from TCMS v2 into it. You will find the option at the same page as you would find it in TCMS v2. For example:

The weekly schedule and its setup page. This is same as TCMS v2 UI and better organised.

The most complicated options for flexi schedule are migrated to Ingress too.


3.      The handling of Group Duty Roster and employees
For users of TCMS v2 software, you will always need to go into Employee page to assign employees into group duty roster.  Also, you would have to assign employees into their roster one-by-one making the process slow and time consuming. You don’t even have a page that you can view to see who is assigned under the same roster.

Ingress offers you a more user-friendly interface and allows you to view employees in every roster. You can select multiple employees to be assigned under a group duty roster.

4.     Exporting data and linkage with payroll
TCMS v2 software exports attendance data into different format (TXT, XLS, VFP or ODBC) for payroll or 3rd party software to process. You can configure and arrange the required data fields to make it a template for exporting. The data can be categorised into day-by-day or summary records.
The process is made even easier in Ingress as opposed to TCMS v2. You can use the same configuration to receive the same data files. The export UI is more comprehensive and well organised. 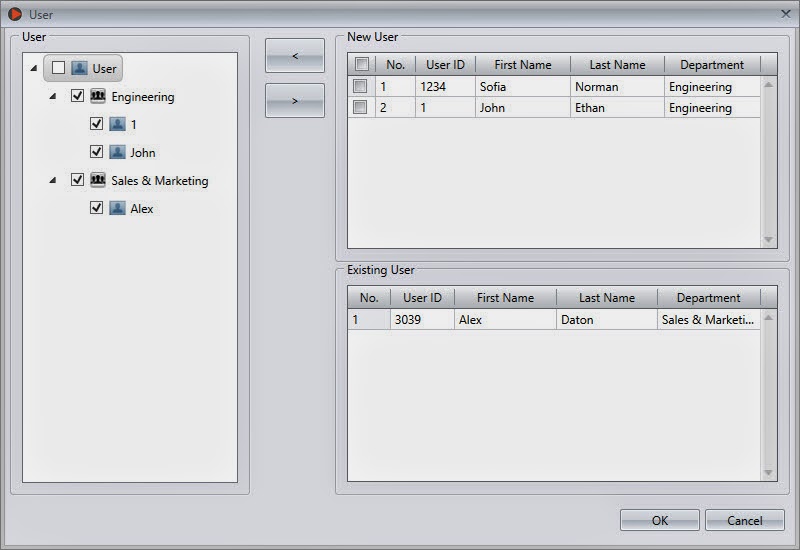 5.    The reports
TCMS v2 offers a wide range of reports to analyse attendance and staff movement. All of these reports are available in Ingress software. Sample reports are also integrated into the Ingress software to allow administrator to view them with ease before printing it out.
TCMS v2 comes with the function to schedule and send reports automatically via SMTP email server. 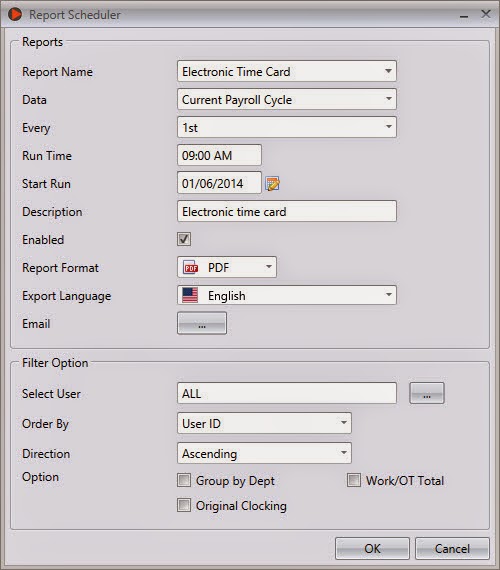 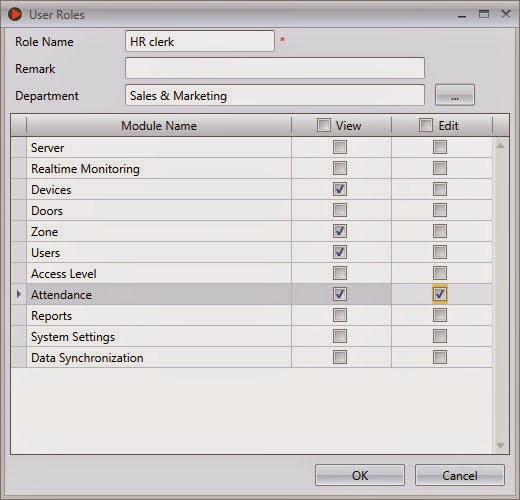